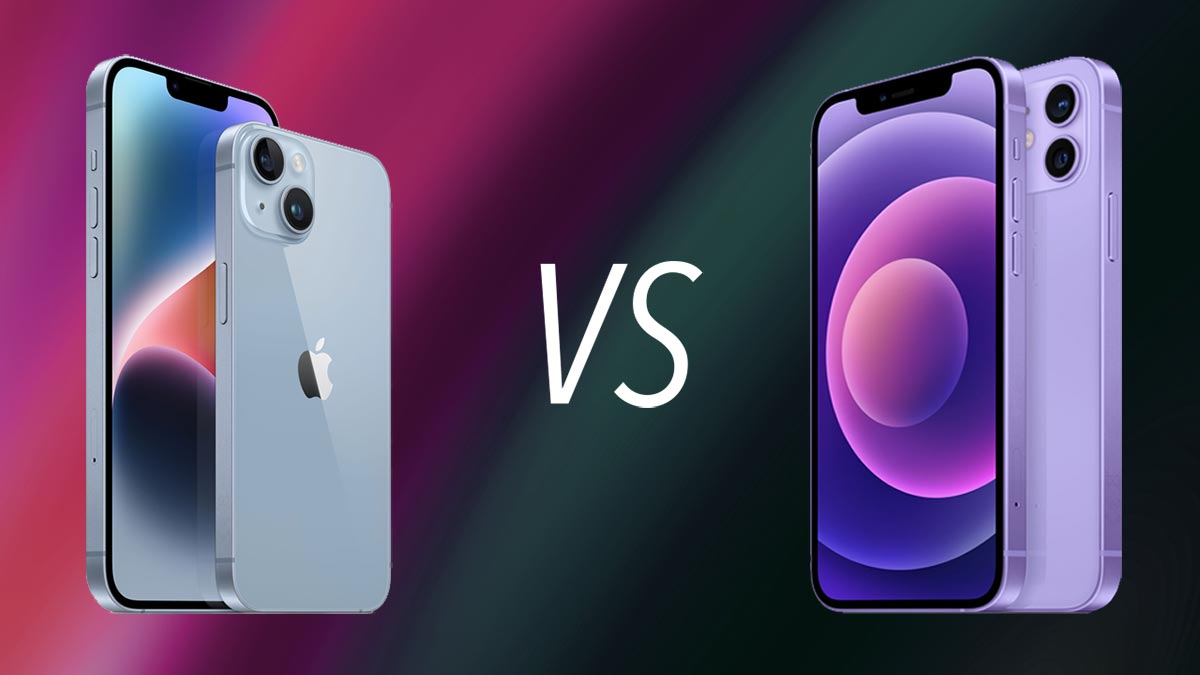 After a year of leaks and rumors of all kinds, the iPhone 14 is finally official. The new version of the best-selling phone in the world receives little news regarding the iPhone 13, which has caused a sea of ​​​​criticism around the North American company for the price escalation that the phone has experienced compared to its predecessors. This is the reason why many users wonder if it is worth renewing the device if they already have an iPhone 12. But, is it worth buying the iPhone 14? To answer this question, we have analyzed all the differences between the iPhone 14 vs iPhone 12.

The design does not vary much except for a few details

It is a fact that Apple has been reusing the same design since the iPhone 12. Proof of this is that we find practically traced dimensions except for weight and thickness, although slightly higher on the iPhone 14. The company has not revealed the battery capacity, but everything indicates that the device has increased the size of the battery.

Where we also find similarities is in the construction materials, based on glass and aluminium, as well as in the IP68 certification that protects them against water and dust and in the shape of the chassis, with a rectangular frame and a completely flat. To name a few notable differences, the size of the notch is greatly reduced on the iPhone 14, while the camera module changes its position to diagonal and dimensions in the new generation of the device. Another no less important detail is that the phone lacks a SIM card tray in the US market in favor of eSIM technology.

No apparent difference on screen except for brightness

That’s how it is. The technology, resolution and frequency of the panel have not changed since the launch of the iPhone 12. We are talking about an OLED screen with Super Retina XDR technology, resolution of 2,532 by 1,170 pixels and refresh rate of 60 Hz, as well as DCI-P3 certification . In this sense, the only appreciable difference is found in the maximum brightness level, since the iPhone 14 is capable of reaching up to 800 nits compared to 625 on the 12. Either way, both are capable of playing HDR content at up to 1,200 nits, as well as offering Dolby Vision support.

Performance: there are differences, but not many

The reason? The North American firm has decided to reuse the processor from the iPhone 13 Pro and Pro Max in its new iPhone 14. We are talking about the Apple A15 Bionic, a chip that offers around 11% higher performance compared to the A14 Bionic of the iPhone 12. It also supports faster memory standards (LPDDR5 vs. LPDDR4X), not to mention that the new generation has 6GB of RAM vs. 4GB on the iPhone 12 and 12 mini. To this we must add that these start from 64 GB of internal storage and reach up to 256, while the offer of the iPhone 14 and 14 Plus includes models of 128, 256 and 512 GB.

And what about connectivity? The only difference, at least on paper, is in the Bluetooth connection, whose standard is based on versions 5.3 and 5.0 respectively. The rest of the connections do not differ from one model to another: NFC for mobile payments through Apple Pay, WiFi 6 AX, dual-band GPS, 5G SA and NSA… As far as software versions are concerned, the iPhone 12 was launched on the market with iOS 14, so a slightly shorter update support is expected than that of the iPhone 14 and 14 Plus as they were launched with iOS 16.

It’s time to talk about the cameras, where the qualitative leap is similar with respect to the rest of the components. In fact, in both terminals we find two cameras on the back of 12 megapixels each, with wide-angle and ultra-wide-angle lenses. While the latter keeps its specifications intact in the new generation, the main sensor improves its focal aperture up to an f/1.5 value compared to the f/1.6 aperture of the iPhone 12. This should improve results in low light as well as Night mode and video recording.

The improvement of this value is also transferred to the front camera, which despite maintaining the same resolution of 12 megapixels, increases the focal length considerably, going from a value of f/2.2 to f/1.9. In the software section, the only differences are found in the HDR and Dolby Vision standards. According to the company itself, the iPhone 14 supports the fourth version of the HDR standard (the iPhone 12 supports the third), while for the Dolby standard, the device is capable of recording video in 4K resolution at 60 FPS compared to 30 FPS on the iPhone 12.

Charging and battery: improving the figures on the iPhone 14 according to some leaks

As usual, the company does not usually make public the data related to the physical capacity of the battery. If we turn to the latest leaks around the iPhone 14, it is known that the terminal has a 3,279 mAh battery compared to the 2,775 mAh of the iPhone 12. What are the figures that Apple provides on its website? For the first, 20 hours of video playback, 16 hours of streaming and 80 hours of audio playback. For its part, the iPhone 12 offers 17, 11 and 65 hours respectively.

If we focus on the load section, both support 18W wired fast chargingin addition to Qi wireless charging of up to 7.5 W and MagSafe of up to 15. Due to the battery capacity itself, the times are expected to be higher in the iPhone 14. Of course, neither of the two terminals includes a power adapter, so we will have to buy it separately.

After analyzing the main differences between the iPhone 12 vs 14, it’s time to draw conclusions. As of today, the iPhone 12 can be found on Amazon in a refurbished state for a price of approximately 640 dollar (about 780 if we want to release the terminal). Is it worth betting on the 2020 version compared to the 2022 version, which exceeds 1,000 dollar starting? The truth is that yes, although From tuexpertomovil.com we recommend waiting for the price of the iPhone 14 to drop slightly in some specific offer on Amazon.

If we focus on the technical differences, the only reason why the iPhone 14 is worth it is because of the autonomy, since the rest of the components do not offer such a significant qualitative leap if we put aside the power of the processor.

Poco M5 vs Xiaomi Redmi Note 11- Differences, Comparison Which one...