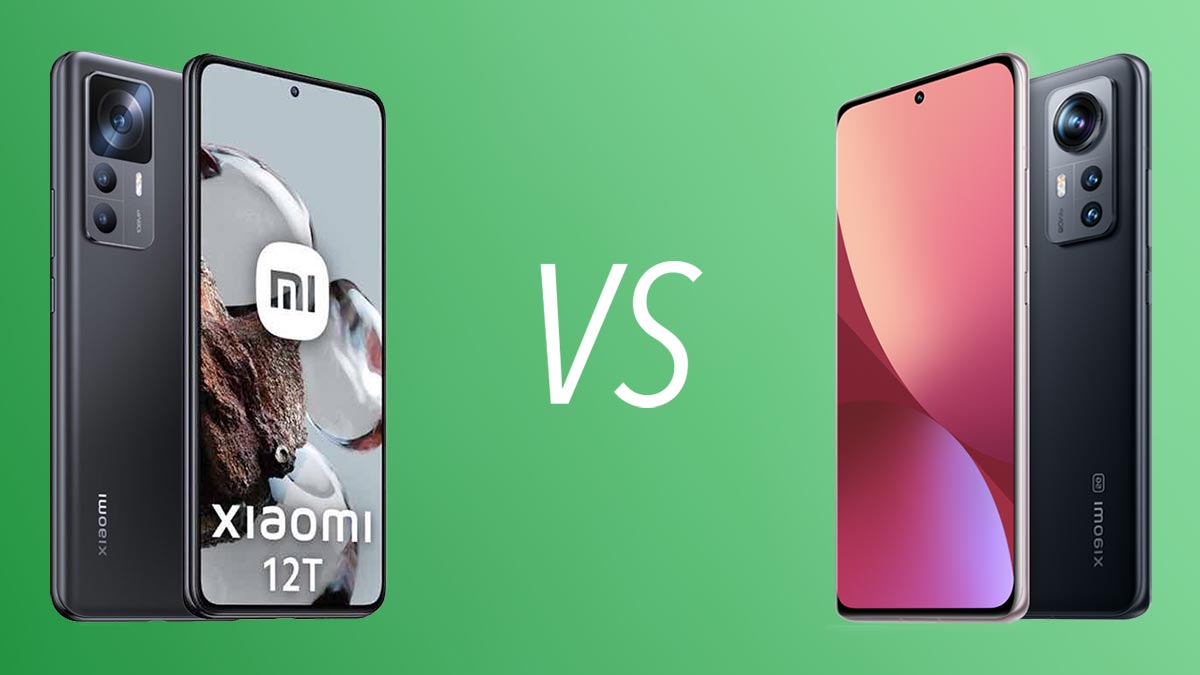 The Xiaomi 12T is already official along with its Pro variant, the 12 Pro. By following the price policy of the rest of the T series, at least in the last two generations, the purchase of the terminal becomes even more interesting than that of the Xiaomi 12, which was already one of the most recommended models in its price range. This is the reason why many users are wondering which one is worth buying in 2022. To answer this question, we have analyzed all the differences between the Xiaomi 12T vs Xiaomi 12.

The first thing is the size, although both have a similar design

The main difference between the Xiaomi 12 vs 12T is based on the size, since the first has a screen of only 6.21 inches compared to 6.67 in the second. What does all this lead to? In a difference of more than 1 centimeter in height, 0.6 millimeters in width and 0.4 in thickness, while the difference in weight is approximately 23 grams. Interestingly, in terms of aesthetics, the two terminals bear a certain resemblance, something that can also be seen in the construction materials, based on metal and glass.

As for the rest of the elements, the truth is that the differences are rather few: fingerprint sensor on the screen, double speaker with Dolby Atmos certification and with the signature of Harman Kardon in the case of the Xiaomi 12double tray for nano SIM cards, without the possibility of expansion through micro SD cards… Also, both lack IP68 certification that gives them some resistance to dust and water, as well as a 3.5-millimeter port to connect wired headphones.

Very similar screens, except for a couple of details

Leaving aside the difference in size, between screen and screen we find very similar specifications. Both are based on an AMOLED panel with Full HD + resolution, a refresh rate of 120 Hz and a sampling rate of 480. Although the maximum brightness level is not specified in the technical sheet on the official Xiaomi website, It is known that the Xiaomi 12 has a slightly higher peak brightness: 1,100 nits compared to 900 of the Xiaomi 12T. On the other hand, the screen could have a greater depth, since the first has 12 bits compared to the 10 bits that the screen of the second could operate at.

Finally, the Xiaomi 12 is capable of playing content compatible with Dolby Vision and HDR10+, while the 12T can only play the latter standard. Another no less important detail is that the screen of the high-end model is covered by a sheet with Corning Gorilla Glass Victus technology compared to the fifth iteration of the Xiaomi 12T.

Power and performance: both could be even

It’s time to talk about power. The Xiaomi 12T has the brand new MediaTek Dimensity 8100 Ultra, a model that has been released by the phone itself, which is why there are no records in the best-known benchmarking applications. In front, we find the Snapdragon 8 Gen. 1 of the Xiaomi 12a model that has proven to be very powerful, but not very efficient, degenerating into a loss of performance when we execute demanding tasks that are sustained over time. In both cases we find 8 GB of RAM and 128 and 256 GB of internal storage of the UFS 3.1 type, the fastest at present.

Of the rest of the specifications, as is the case of connectivity, the only notable difference is found in the Bluetooth connection, which operates on the 5.2 standard in the Xiaomi 12 and 5.3 in the 12T. The rest of the connections are the same: WiFi 6, 5G SA and NSA, Dual GPS, NFC for mobile payments… On the other hand, both start with Android 12 under MIUI 13 as standard.

Photographic section: numbers are not everything

That’s how it is. And it is that despite the fact that the Xiaomi 12T integrates a 108-megapixel main camera signed by Samsung, the Sony sensors, such as the 50-megapixel IMX766 of the Xiaomi 12, have proven to be superior throughout history despite the fact that both have optical image stabilization. To this we must add that the phone has a more complete photographic section, since it integrates two complementary 13 and 5 megapixel cameras with wide angle and telemacro lenses compared to the 8 and 2 megapixel cameras of the Xiaomi 12T with wide angle lenses and macro.

This superiority is also transferred to the front of the equipment, since the high-end model is committed to a 32-megapixel sensor compared to 20 in the Xiaomi 12T. Another detail that we should mention is that the former features a Qualcomm-signed processor, making it easy to adapt modified camera apps as is the case with the GCam.

Battery and charging: the Xiaomi 12T wins by brute force, the 12, by versatility

At least on paper. The first has a 5,000 mAh battery and a fast charging system, charger included, which supports up to 120 W, completing a cycle in less than 20 minutes. The Xiaomi 12 has, for its part, a 4,500 mAh battery, although its small size could partially compensate for this loss of capacity. Of course, in terms of charging, the mobile supports practically half the power, that is, 67 W.

Where the Xiaomi 12 stands out compared to the 12T is in the rest of the charging systems, since in addition to having a 50W wireless charging, one of the highest on the market, supports reversible charging up to 10W.

It is time to draw conclusions after analyzing all the differences between the Xiaomi 12T vs 12. At the date of publication, the price at which we can find the Xiaomi 12 is 525 dollar in stores like Amazon (it went on the market for 900 dollar) compared to the 600 from which the Xiaomi 12T starts for having been presented a few hours ago. The question is this: is it worth paying more than 70 dollar difference for the most expensive model? The truth is that no, unless we prioritize the screen size.

Broadly speaking, the Xiaomi 12 is a much more complete terminal: better screen, more complete charging technologies, a superior photographic section, speakers with the signature of Harman Kardon… We could also bet on the Pro version of this, although its price rises above 800 dollar.

Next Read ⇒ Xiaomi 12T vs 12X – Differences, Comparison Which one is better?